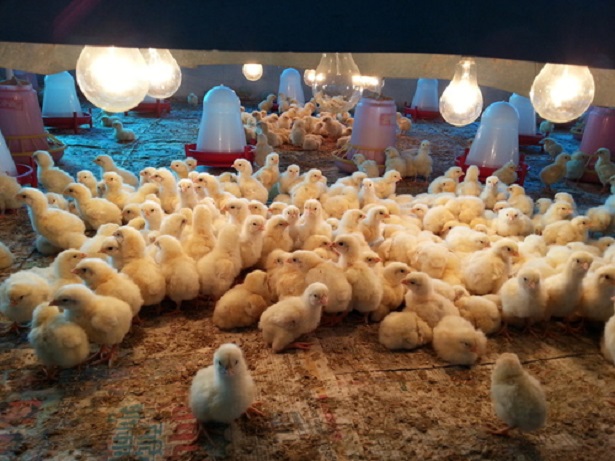 Although early feed restriction in broilers reduces growth performance, compensatory growth in the refeeding period will be attained to accelerate growth so as to reach the target weight of birds at the time of marketing.

Feed restriction has been adopted in broiler production to avoid rapid growth rate, which is associated with ascites, lameness, mortality, and poor reproductive results. In addition, feed restriction in the early stage is beneficial for improving the feed efficiency and decreasing the rearing cost. This article will provide some insight into feed restriction methods, duration, and advantages, along with the strategies to be considered for maximum benefits of that system.

The following are the procedures that can be applied to manipulate the feeding strategies of poultry in order to decrease growth and metabolic rate to some extent and so alleviate the incidence of some metabolic diseases as well as improving feed conversion in broiler chickens.

Physical feed restriction supplies a calculated amount of feed per bird, which is often just enough to meet maintenance requirements. Practical application of physical feed restriction, however, is not simple due to the problems of regularly weighing birds, and calculating feed consumption on a daily basis. Moreover, it is necessary to provide sufficient feeder space in order to prevent competition among restricted birds and to prevent the unequal growth. 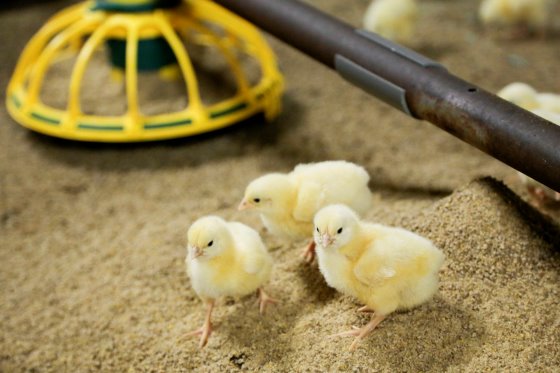 The feeding of high fibre diets has been used as an alternative to the physical feed restriction method. In some cases, however, birds were able to adapt to high fibre diet containing up to 55% rice hulls. Such adaptation enables them to digest and get more energy (and possibly other nutrients) than is required to achieve the desired growth retardation during the under nutrition period. This situation will obviously interfere with the total energy and another nutrient intake of the birds during under nutrition, thereby changing their growth pattern.

Removing feed for 8-24 hour periods during the starter period has been reported to decrease early growth and reduce the incidence of ascites without affecting the final body. It has also been reported that the skip-a day feeding for 3 weeks starting at day-old would improve carcass quality and reduce sudden death syndrome which is often associated with birds that are on ad libitum feed intake.

Lower cumulative feed intake and significantly improved feed conversion and compensatory growth were observed in chickens under an intermittent program (1 light:3 dark from 8 to 49 days) compared with those under a continuous lighting schedule (23 light: 1 dark). The use of intermittent lighting programs also has the advantage of reducing electricity costs, the incidence of leg abnormalities and sudden death syndrome with no reduction of weight at market age. Genotype, sex, feeder space, diet composition and stocking density are the main aspects that can interact with the lighting program and affect the broiler’s final performance.

Early growth can be retarded by the restriction of intake of specific nutrients, such as protein. Broilers require 220, 200 and 180 g/kg dietary crude protein during the starting, growing and finishing periods, respectively for optimal growth. They tend to increase their feed intake to make up for deficiencies when fed with diets that are marginally deficient in crude protein. However, feed intake is depressed by feeding diets that are severely deficient in crude protein. Studies have shown that ad libitum feeding of a diet containing only 94 g/kg crude protein from 8 to 14 days decreased the feed intake of broilers by some 57%. This decrease in feed intake resulted in 41% growth retardation, which was not recovered after 6 weeks of re-alimentation.

Low energy diets can also be used to reduce the body weight of broilers by 4 weeks of age. In one study, 2 levels of diet ME (13.0 and 14.2MJ/kg) were used during an under-nutrition period of 6 to 12 days of age and were fed to birds at 167 KJ ME/bird/day. All growth retarded birds observed complete growth compensation by 56 days of age. Female birds, however, required less energy to recover from the lost body weight occurring during the preliminary feeding of low energy diets than did males.

The consumption of mash feed at different phases of the broiler’s growth may be employed as a method of limiting feed intake. Birds offered mash spend more time consuming their feed compared to birds fed pellets and, therefore, expend more energy in this process.